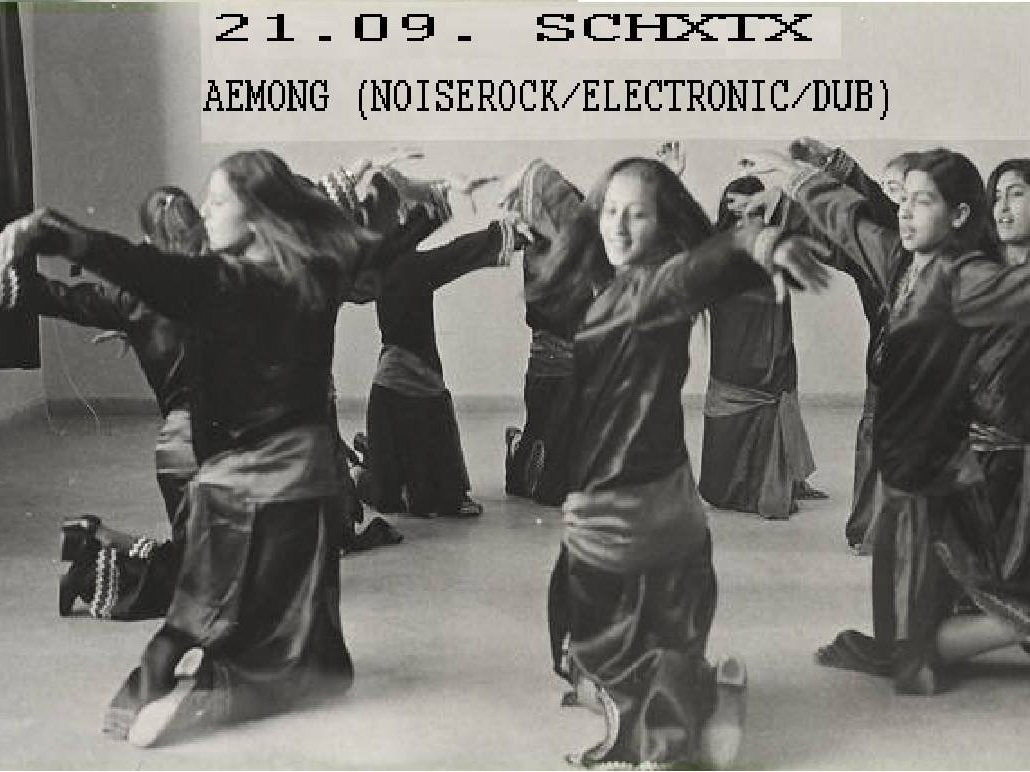 Transitioning from Kym Sugiru’s fractal debut single, Diskotopia is elated to present Aemong’s staggeringly imaginative debut LP, 1000. Currently based in Berlin, Aemong is comprised of members Henrique Uba and Yu-Ching Huang; from Brazil and Taiwan respectively. The amalgamation of their shared backgrounds, influences and sonic identities encompass exactly what Diskotopia has been about from day one: the juxtaposition of cultures, sounds and ideas to forge exciting new paths.
Influenced by no wave, noise rock and legendary bands such as Fugazi and Big Black; Aemong had set out to build a denser sound with this album than with what they had done on their previously released material. The tracks comprising 1000 distill elements of new wave, dub, industrial and pop which are then meticulously siphoned into off-kilter compositions with mesmerizing effects. Unabashedly psychedelic, playful yet executed with deadly precision, Aemong have delivered a truly resounding body of work with the 1000 LP.
Album opener Slug fizzles to life with sludgy steps lumbering through splashes of feedback before a cyclical distorted bassline props up Yu Ching’s dreamlike vocal. Chinese Tales is perhaps the most literal meeting of minds with both Henrique and Yu Ching offering lyrics in their native tongues set against a dub-refracted backdrop sounding like Mad Professor engineering for Sonic Youth.
Other highlights include Mother Earth’s Twin where some of the aforementioned hardcore influences shine through, albeit in an extremely splintered, chopped and screwed sense; the séance-like Dead Ghost with its static and stuttering interference squealing around Yu Ching’s lullaby-like melodies; and Old Lady Sings which kicks off a textured two-stepping dub psych-out, as if Adrian Sherwood’s mixing desk was circuit-bent with Mogwai’s pedal rack.
The album as a whole showcases Aemong’s penchant for layering dense, cavernous tones and loping siren confessions, whilst driving bass, drums and vocals provide the only thing keeping our collective heads above water. With this paragon in polychromatism and disorientating cross-pollination, Aemong have succeeding in creating an impressive and incredibly apt climate barometer for those struggling to keep afloat in the modern world.
link to Bandcamp